To pin any of my projects to Pinterest, hover over the picture and the Pin-it Button will appear :)
Labels
April 14, 2016

Here is my spring colored card today with lots of flowers, embossing and swirls. It's a birthday card for an old lady from Russia. The sentiment is in Russian and it says Happy Birthday. I don't have any Cyrillic letters, so I had to hand write it with a glue pen and use some glitter. 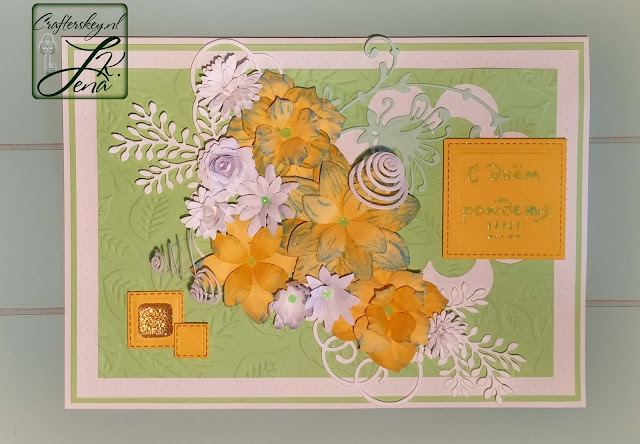 What makes a card almost totally unsendable? The spiral swirls of course! They are even more unsendable than fluffy flowers. So, in my wisdom I used the swirls from the Sue Wilson's Splendid Swirls CED1427 set anyway just because I liked them on the card so much and later spent a lot of time trying to fit them into the envelope in such a way that they stay intact. Quite successfully though! :) 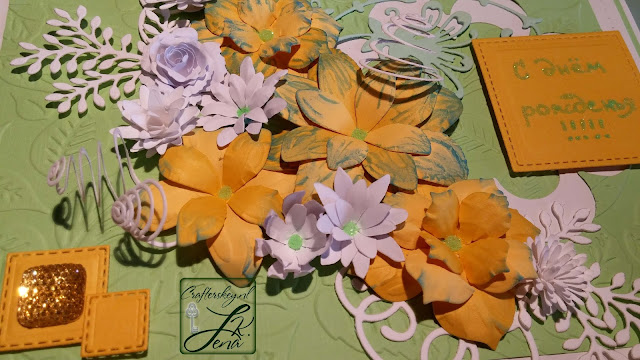 This card is very big - it's a full A4 folded in halves. With all the layers and flowers, it turned out to be too heavy for a regular two-stamp letter, so I had to cheat a bit by creating the visibility of layers out of two sheets only. The outer green frame is literally a 1.5 cm wide frame, the middle cut-out part was embossed separately and used as the main green background. The white sheet in between them is not complete either. A non-crafter will never know :)

Thanks for stopping by,
Lena

Christmas in Amsterdam in 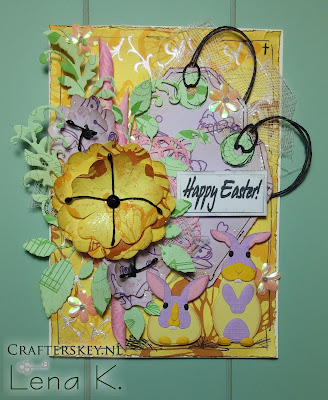 We R Memory Keepers Envelope Punch Board Any Size Calculator 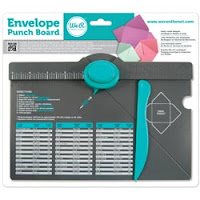